Join us for a Free Swim and Potluck. Bring a dish and a wish for the neighborhood of our dreams.

The 2018 UNA Potluck and Pool Party was the best National Night Out to date.

Anna S. and her crew of lifeguards were the pinnacle of community service and good cheer. Flyers were distributed to all swim lessons parents which helped to bring a great crowd.

A generous supply of pizza from Antonious Pizza along with lots of chicken, potato salad, chips, beans, pasta and fruit salads from the neighbors made it a  healthy and tasty event.

Our UNET team, officers from both RPD and UCR were on hand hanging in the heat.

The amazing crew of lifeguards helped with the set up and clean up which was a pleasing step beyond the usual for these events.

It was  a great example of a community organized affair. Already looking forward to next year.

Sunset In the UNA

Anna and her amazing crew of lifeguards.

Yummy Treats For All. Perfect for hungry swimmers.

Starting Thursday, May 4th from 3-7pm, the Market will be moving to the Flagpole lawn between Hinderaker Hall and the Arts Building. New times and new locations.

Stop by and enjoy the only Farmers Market operating in or near the University Neighborhood. One more reason to love our neighborhood.

Save the Date. Join us for a celebration of Riverside and the community’s commitment to a sustainable, prosperous and just future. 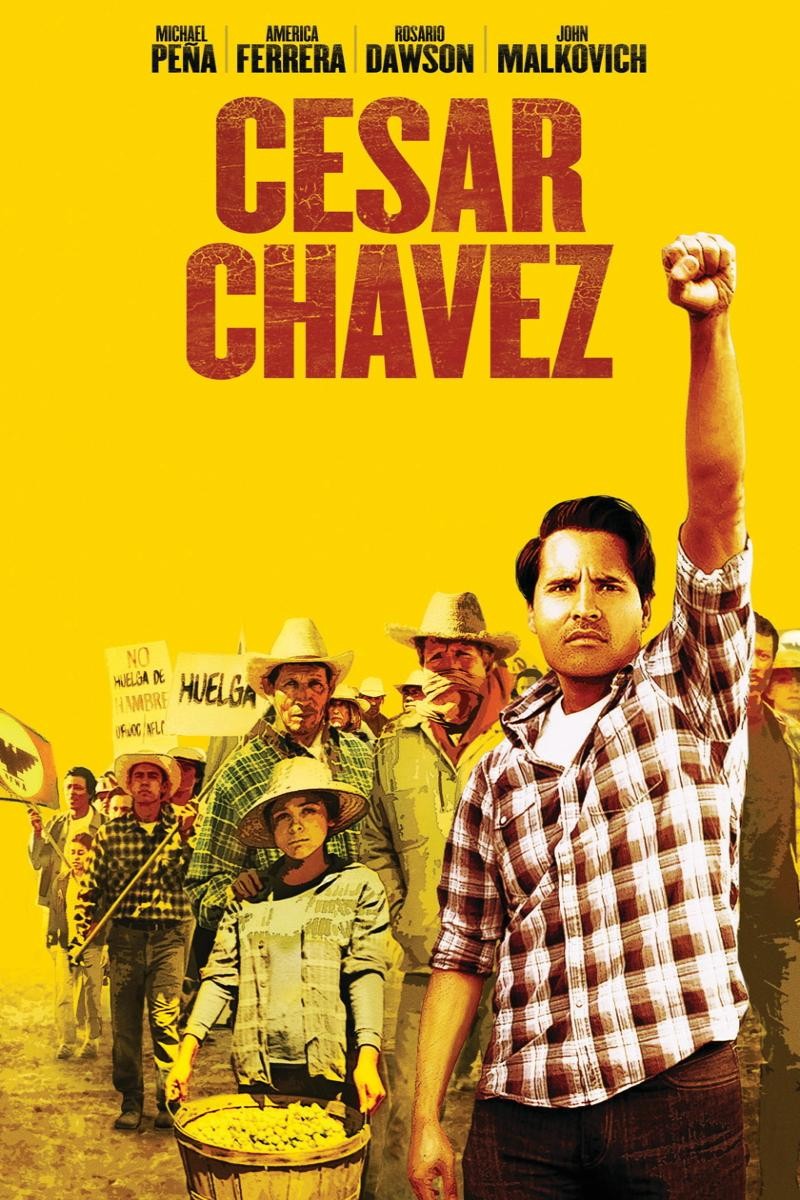 Council Member Andy Melendrez would like to invite you to the Cesar Chavez Mini Film Festival, VIP Reception that will take place Friday, April 1 at Mezcal in Downtown, Riverside. Doors open at 5:00 pm with La Nobleza de Aguililla performing at 5:30 pm.  There will be hors d’oeuvres for our guests and a cash bar available.

The Mini Film Festival will take place Saturday, April 2 from 12-3:00 PM on the pedestrian mall. We will have performances from our students at the Arts Academy and Youth Opportunity Center.

If interested in attending the VIP reception contact my office directly and leave a message for Clarissa at 951-826-5419 or email ccervantes@riversideca.gov  – Please help us by sharing the event flyer on your Facebook page, with colleagues and family.

We appreciate your support for the Film Festival and Riverside Arts Academy!

To reserve seats to the screenings please visit: https://artsblock.ucr.edu/Film/List

About Our Historic Main Library

This Tuesday, February 23, our City Council will vote on moving the Main Library to a new location and to authorize the City Manger to enter a contract to negotiate with Discovery Science Foundation to establish a Discovery Cube children’s science center the old Main Library location. We believe these proposals are flawed and need your help in opposing them.

The need for a new building has been driven by the Library Director and city staff.

The proposal being considered Tuesday is to move the Main Library to a small lot at Mission Inn and Chestnut.  City staff has been promoting this because the property is Redevelopment Agency which must be disposed of by June or it reverts to State control. It would have limited parking and any future expansion would require taking adjacent residential properties.

The second proposal, which comes from the new City Manager, is to allow him to start negotiations with the Discovery Science Foundation from Orange County to occupy the old library building at a cost to the city of up to $10 million. The Discovery Cube model is for daily school buses children and the Main Library is not suited to this use.  This proposal was only made public 10 days ago and has not been vetted by any board or committee. We are only being offered one choice. How do we know this is the right fit for Riverside?

The public has, at meeting after meeting, stated a desire to keep the Main Library at its current historical location. The city should honor the wishes of the community.

The addition of a science center or museum is a worthy concept but should be thoughtfully developed in a committee. We should examine several examples and consult with our local Universities. Careful consideration should be given to location, needed facilities, and the compatibility with adjacent uses.

Call and email each of the Council members and the Mayor. We are including direct cell phone numbers.  Also email a copy of your comments to the City Clerk so they can be included in the official record.

Here is what to say:

Most Important Action- Attending and Speaking at the Council Meeting!

We need you to come to the City Council meeting and give public comments.  This is important. The Council pays close attention when a large number of people show up and speak.  The Main Library is at one of the most historical and sensitive locations in our city.  It is surrounded by the jewels in the crown.

There will be two opportunities to speak. Once during regular public comments, and then again during the public comments for this specific item.  You will have 3 minutes per public comment. There are Comment Cards in the back of the Chamber. You must fill one out for each item you wish to speak on, putting your name, ward, and item number on the card, and then hand it to the city clerk at the front right of the dais. Then you wait to be called.

You may also submit an e-comment (which is limited to 1000 words) and find the full proposal attached to the agenda here: https://riversideca.legistar.com/Calendar.aspx

Celebrate Riverside’s leadership in sustainability with a fun-filled festival and facilitated summit. Join us at Riverside Community College’s quad, garden, and digital library auditorium on April 23, 2016. This event will raise awareness, engage community, and create connections that help Riverside become more sustainable in a variety of ways.

The Green Festival will include outdoor interactive activities; themed indoor lectures and workshops; and movies with discussions. After lunch, a Summit forum will be conducted to solicit input from the community about ways that residents can partner with the city, businesses, and groups to create a “Green Renaissance” for the greater Riverside area.

This collaborative event will offer hands-on art, educational, and fun activities. We will provide “take-home” ideas for sustainable living and educate residents about using their “purchasing power” for the benefit of our local economy.

The City of Riverside and many community partners have undertaken a variety of efforts to make Riverside a greener, safer, and healthier place. This event will showcase those efforts and create network connections between those working toward a sustainable future.

To provide this event free to the public, we ask for your participation and/or support by considering a sponsorship.

When you support this extraordinary event, please indicate your interest and submit the enclosed form by February 15, 2016 to ensure the inclusion of your logo/credits in promotional materials. Please email high resolution logo/artwork at your earliest convenience for inclusion in the program, flyer, and social media to Ruiz@rcrcd.org.

If you are unable to assist financially, please consider providing a relevant creative, educational, or fun activity. (See forms attached). Should you have any questions about sponsorship or participation, please contact Diana Ruiz at ruiz@rcrcd.org, (909) 238-8338, or Justin Scott Coe at waterscottcoe@gmail.com, 909-238-6199.

We are looking forward to seeing you at the Green Festival and Summit.

The Green Riverside Leadership Summit (GRLS) collaborative is a group of community leaders who are working toward a more environmentally sustainable future. Riverside has held two Green Riverside Leadership Summits, one in 2012 and 2014. These events provide the opportunity for community members to collectively review progress in becoming a more sustainable city, set goals for future collaborative projects, and develop a resource network to support and promote existing programs. Join us! The GRLS collaborative is an outgrowth of Riverside’s Seizing Our Destiny initiative and is aligned with goals of the Riverside Sustainability Coalition. 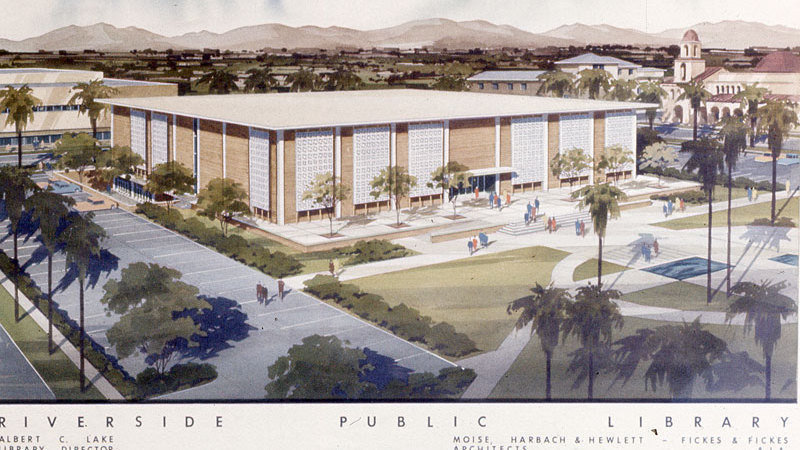 I just signed the petition “Riverside Board of Library Trustees: Keep the Riverside Downtown Library Where it Stands” and wanted to see if you could help by adding your name.

Our goal is to reach 1,000 signatures and we need more support. You can read more and sign the petition here:

Dinner In The Kichen

Keeping aligned with the GrowRIVERSIDE initiative, the evening will connect those working together to strengthen our community for a sustainable future!

Join us for a festive and informative evening celebrating Riverside’s residents vision in preserving agriculture and open space lands. Find out what kind of future is available to all Riversiders because we still have land to grow on.