It was just a few short months ago we were talking about cooling centers to beat the heat. Now it’s extremely cold and even more dangerous for our homeless population. Here’s some information to pass on to those who may be in need.

If you are currently homeless, know someone in need of help or need assistance with a homeless situation in Riverside, please call : 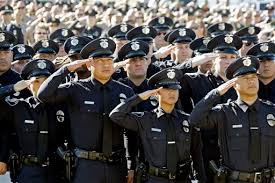 Riverside, California â€“ Riverside Police Chief Sergio Diaz is pleased to
announce the creation of the Community Services Bureau (CSB) to
strengthen the relationship between the community and the police
department. The CSB will provide a proactive and innovative approach to
problem solving, personal safety and crime prevention. The Bureau will be
under the command of Lieutenant Guy Toussaint and will report directly to
Assistant Chief Christopher Vicino.
â€œCommunity Policing is not a goal in and of itself; the purpose of Community
Policing is to help achieve a safer and more livable city. The CSB has been
tasked with developing and delivering Riverside Police Department programs
to enhance our Community Policing efforts thereby making our
neighborhoods safer and betterâ€ said Chief Sergio Diaz.
Personnel in the CSB will coordinate the Police Departmentâ€™s community
programs including the Citizenâ€™s Academy, Crime Free Multi-Housing,
Neighborhood and Business Watch, Teen 2 Teen, Traffic Education, the
Volunteer Unit and Youth Court. In addition, several new programs are in the
planning stages including a Teen Internship Program and a Police Mentor
Program.
The CSB will coordinate and track all community programs, facilitate media
events, and assist staff in other divisions with community measures. The
Bureau will be managed by Sergeant Dan Warren and Supervisor Karen
Haverkamp and is staffed with five Police Officers and three Police Service
Representatives.
For more information about the Community Services Bureau or the programs
offered, contact Supervisor Karen Haverkamp at 951-826-5644
khaver@riversideca.gov or 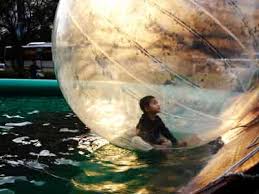 Children born to mothers who live close to freeways have twice the risk of autism, researchers reported. The study, its authors say, adds to evidence suggesting that certain environmental exposures could play a role in causing the disorder in some children. Read more from the LA Times.

In case you’ve forgotten about the gas line explosion last September in San Bruno, the one where a ruptured gas line fueled a blaze that killed at least four people and destroyed more than 35 houses. The explosion, which led to a wind-driven fire, I bring it up as we near the close of public comments for the Perris Valley Metrolink Line. We have our own high pressure jet fuel line running through an arroyo next to Hyatt Elementary School.

It’s up to us to ask the hard questions. The people in San Bruno relied on PG&E and it didn’t work out as planned.

It’s not as if there are bad guys running around trying to cause havoc. We have been underfunding infrastructure upgrades for decades. Thinking that we’ll take care of the problem later and classifying it as deferred maintenance has real world impacts. Sometimes devastating.

Unfortunately these breakdowns aren’t confined to old installations. The 215 overpass is having problems with concrete falling to Spruce Street below. This project was state of the art and remains a modern marvel of engineering. Let’s hope it’s an enduring one, in the sense of providing superb service rather than an ongoing closure and repair cycle.

It’s always some individual who makes the decision to forgo a safety precaution in an attempt to save time or make more money.Â  BP oil spill, West Virginia mine explosion ring any bells?

With the recent rains, it’s a wonder the tracks didn’t wash out in Islander Park. There was no drainage provided for all the water and tons of silt came pouring off the mountain.

Take a look at the video of Islander Park after the recent rains. Maybe back filling the track bed is cheaper than providing for drainage, but as taxpayers, and residents adjacent to this project, our concerns and comments have been relevant and legitimate.

The Perris Valley LineÂ  has not fully addressed foreseeable long term health and safety impacts. Claiming there is “no significant impact” because of added cost or time avoids the issue.

That’s why it remains critical that you make your comments by Jan 6th.

Well no kidding! I’ve always thought so. How about you? Nice to know the rest of the world is taking notice.Â  Seizing Our Destiny looks a lot like a City Of Our Dreams – right now!

I do find it ironic that on the same day our livability gets proclaimed, we’re requesting a halt to medical marijuana dispensaries? I would think that the ‘holistic approach’ would include more leadership in the area of health outcomes for everyone.Â  Particularly in view of the statistics from our school districts. Creating the conditions for positive health impacts for our neighbors is our best shot at actually living in one of the world’s most livable cities.

Steve Adams and the LaSierra/Arlanza neighborhood group are involved in an ethics complaint over a September meeting action. This is a refiling of a previously rejected ethics complaint.

Apparently residents of Bell are not alone in having their public records requests unanswered as dictated by law. Riverside has also been playing the stall, stonewall and shred approach.

Public records requests to the City of Riverside regarding their contracts with BB &K have gone unanswered. If we’ve learned anything form the Bell example, it’s that if citizens fail to pay attention to how their city is run,Â  they could find themselves with very serious, long term consequences.

Here’sÂ  a quick look at how Riverside pay stacks up with other Inland Empire cities. We don’t want any time bombs going off here in Riverside now do we?

It’s time for the City to step up and in the interest of transparency and good public policy, make good on all the outstanding Freedom Of Information requests or publicly announce why that’s not possible.

Could there be too much success when it comes to adopting a bicycle centered transportation approach?

UC Berkeley police say they have issued 103 bike citations from August to November, a 41% increase over the same period last year, nabbing students for riding through designated “dismount zones” and locking their bikes to railings instead of often-overfilled racks.

to protest campus citations for bike infractions that run $220 apiece and exceed many vehicle violations.Â  And well they should.

Let’s hope we plan for a much better outcome in Riverside. No one except ousted City of Bell officials would sign off on that.