URGENT City Council to vote on this TUESDAY Nov 15

We have a chance to get these underground!

New consultant finds it is AFFORDABLE!

Do you care about transmission lines being placed overhead at Hidden Valley and behind the homes of many Ward 7 residents?

Independent consultants have found that under grounding can be AFFORDABLE!  SCE said lines would cost ~ $57 million per mile;

Los Angeles and San Diego placed lines in a similar project for $11 million a mile.

Every rate payer in Riverside has been paying for these for 12/18 years on RPU bill (Reliability Project)…we have the money.  Also, consultants say grants are available to minimize the cost.

Speak Now! It is time to be heard!

Our City Council will be voting on this project on TUESDAY November 15th! What you can do:

If you want these lines underground, NOW IS THE TIME to write, call and be heard! Here’s a link to make an e Comment for agenda Item #20

This is a critical juncture; you must speak up NOW!  We have a chance of under grounding based on the findings of the Independent Consultants brought in by Councilman Steven Hemenway. 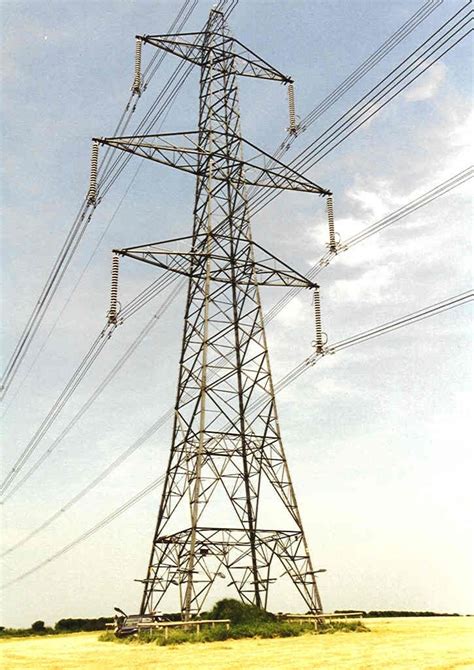 I signed this petition to Governor Newsom to keep rooftop solar growing in California. Will you consider signing it too?

Utilities are lobbying the state to make it harder and more expensive for people to get solar. They are trying to gut net metering, which lets solar users share their extra solar energy with the neighbors for a bill credit.

Even though we have Riverside Public Utilities, we can be doing so much more to lower our energy costs and raise our comfort level. Expanding city rooftop solar should maximize coverage to reduce our collective costs.

We need to make it easier for people to get rooftop solar so they can control over their energy bills and keep the power on. Will you consider signing and forwarding to others?

Here’s a good overview on the problem of lead in our communities. Lead in pipes, paint and gasoline. Riverside, being a older community, should review the possible impacts.

Has RPU changed out any lead pipes? Have we ever conducted a survey of our housing stock, to understand the possible depth of exposure locally?  Should the city work with county environmental health to provide educational outreach?  Are there grants for such public health education or abatement programs?

As a point made in this discussion, the impact mostly falls upon our lower income neighborhoods who reside in older housing stock.

Here’s how Burlington, Vermont, realized its vision of using 100% renewable energy. Riverside is larger but we’re on our way. 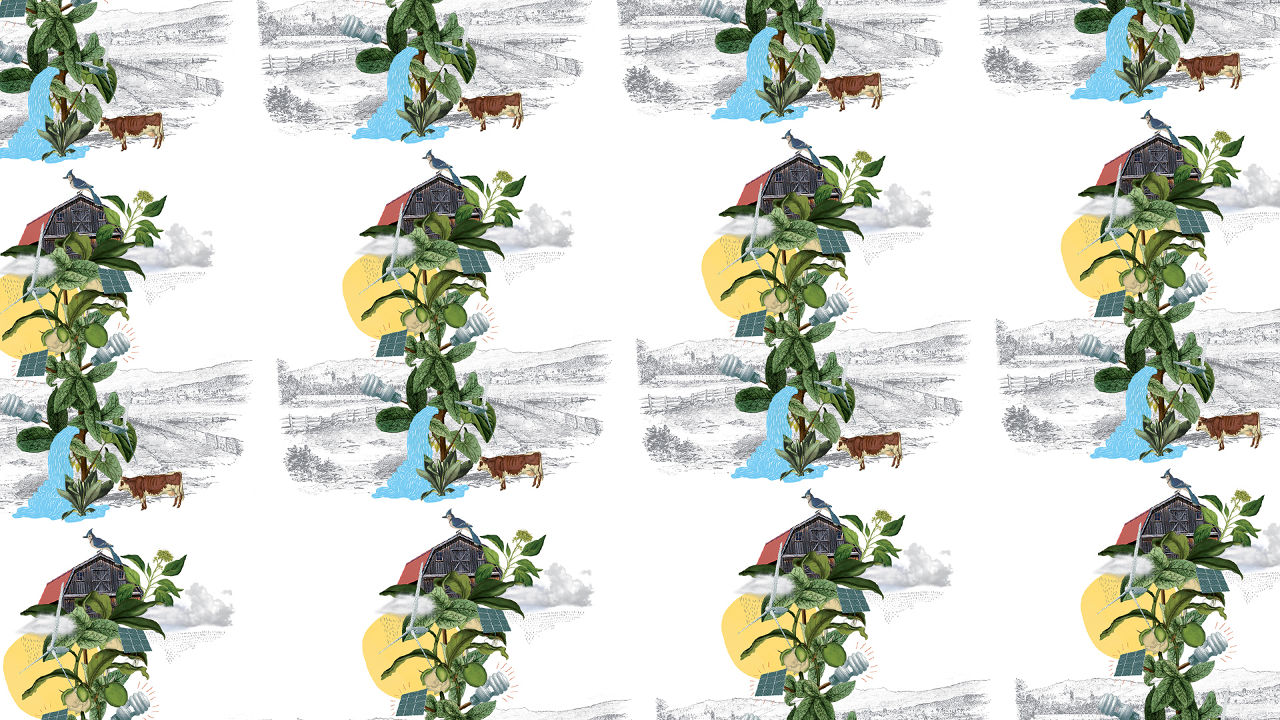 The city of Burlington, Vermont, has been experimenting with green energy since the early 1980s, when it replaced an old-fashioned coal-burning electric plant with one that burned wood chips—something the state’s forestry industry could provide cheaply and reliably. It wasn’t until 2004, however, when the state agreed to join a market for renewable-energy credits recently established in the Northeast that going fully green became the goal.

“That was the first time we had an inkling that this might be the right thing to do”—not just for the environment, but for the Burlington Electric Department and its customers, says Ken Nolan, who was a resource planner there at the time. The city’s long-term contract with a nearby nuclear plant had recently expired, a short-term natural-gas contract was set to expire soon, and rapid technological advances were making solar and wind power cheaper every day. Finally, says Nolan, “We actually saw a path where we could make this work.”

Last fall, Burlington became the first U.S. city to run on 100% renewable electricity. Nolan, who is now the city’s manager of power resources, acknowledges that it has benefited from some unique circumstances, including proximity to bountiful natural resources—rivers to generate hydropower, vast open spaces for wind farms—and a population of die-hard liberals who passed bond initiatives to pay for everything. A few smaller communities beat Burlington to 100% green status, including Greensburg, Kansas, population 785, which was forced to rebuild after a tornado destroyed the town in 2007. But Burlington, population 42,384, is by far the largest municipality to sever ties with traditional power.

Green energy is still more expensive than coal, but Burlington has managed to keep costs stable by selling credits to utilities in states such as Massachusetts, which requires energy producers to meet certain renewable-energy benchmarks. When utilities fall short of those mandated goals, they must buy certificates through the regional market from a place like Burlington, and Burlington then passes along that revenue to its power customers as savings, like an energy subsidy doled out via the open market.

It’s a somewhat messy process that some environmentalists criticize: If a utility can buy credit for green energy it didn’t actually produce, it isn’t making progress toward producing more green energy. But with the cost of renewables continuing to fall, Nolan says, “there are years when the prices have been low enough that we’ve considered retiring the credit.”

Meanwhile, Burlington is continuing to beef up its green-energy infrastructure. A new solar array at the city’s airport came online early this year, part of a mayoral initiative to use any available city land for solar power. And thanks to a program that offers free energy audits, technical support, and discounts on energy-efficient products, the city actually uses less power today than it did in 1989.

A version of this article appeared in the September 2015 issue of Fast Company magazine.

Some of the ideas already shared at Riverside Mind Mixer.com

Why not start sharing yours.

Cool California Update:
Thanks for signing up over 700 households. We won $16,000 for sustainability projects.
We can pad that total by uploading our gas and utility bills over the past several months.
There are a lot of reasons to play along with this. It’s becoming increasing more important to make the connection between our utility bills and our quality of life
However, Riverside and Claremont are battling neck and neck for 1st place. Please keep inserting your data. Also you can still encourage people to sign-up, because they can still get points.

GrowRiverside Update:
The UC System launched a Global Food Initiative and UCR will be one of the leaders in that initiative!
“The University of California  will broaden its study of sustainable agriculture, food policy and nutrition around the world as part of a new initiative to better feed a hungry world, President Janet Napolitano announced Tuesday.”
Fit, Fresh, Fun Update:
RUSD, AUSD, City of Riverside, and County of Riverside Partnered up for FEEDS Program and the Kick-off Riverside Summerfest. We are serving healthy nutritional meals to all Riverside kids during the summer to promote health eating and help eliminate hunger.
Check out the video from the event!
https://drive.google.com/file/d/0BwR506MNBPVjd0xBM1d0aUV4ZEE/edit?usp=sharing
Last, but not least,
Also, I got accepted into the Peace Corps, so I will be leaving in December for 27 months to Guinea-Conakry. I hope to establish a running website before than, or pass it on.
Thanks,
Taher Bhaijee
Founder of SustainRiverside.org
Twitter & Facebook: avatarTaher
BS Biology & BA History, Cum Laude
University of California, Riverside

Technology and energy savings are converging on light bulbs. A device many of us didn’t pay much attention to beyond being able to read at night, has become a device that requires some user input. With more choices than ever, CFL and LED type bulbs bring more options. Without resorting to a lighting designer, (a career path I’m bullish on), here’s a quick overview according to Consumer Reports.

Join us at the April 10th UNA Meeting. We’ll have Clay Monroe from Public Utilities speaking on the Water Surcharge. Find out what it’s all about and what the costs and benefits are.

On April 22nd Riverside Public Utilities is going to City Council for approval of the renewal of the Water Conservation Surcharge on all retail water customer bills.  The is a 1.5% charge applied to the water usage portion of the bill for all residential and commercial water customers.  Over the past ten years this charge has funded conservation programs, education programs, staffing and sponsorships for all  water use efficiency related items at RPU saving over 9 billion gallons of water and 20 million metric tons of GHG emissions.

The details on the meeting are listed below. I have also attached an appointment

Who: Riverside Public Utilities / The City of Riverside