Found: A woman’s black pea coat was left after the University Neighborhood Meeting last night. If it’s yours or you know who is missing one, call 951-640-3868.

The Ag Park is the park that keeps on giving. According to residents, it’s been giving lots of sickness. See the story on KTLA TV.

With 18.5 million people within ninety miles of Riverside, it doesn’t take a lot of imagination to see how a Riverside Grown Brand would generate revenue, jobs and outstanding health outcomes. Seems like that would be a pretty good land use policy to achieve.

VOLUNTEER!  Street Captains needed for successful event!
We are well on our way to having 25 homes hosting a Meet Your Neighbors Event. We’re looking for street captains and hosts.
If that’s you, Here are our next steps:The next MEET YOUR NEIGHBORS event is scheduled for September 21 – the weekend students are moving in and the Saturday before classes start.We hope to have 25 meeting sites in the University and Canyon Crest neighborhoods where people can connect, visit and discuss what we love about the University and Canyon Crest Neighborhoods.All residents will be invited: residents (and that includes a warm welcome to students), renters and landlords.This will give us an opportunity to meet, get acquainted and talk in a friendly environment about what the neighborhood of our dreams looks like.

We have literature to update everyone about the new laws and the fines.

We want this event to be a positive, proactive and productive action.

City Council members, UNET officers, and UCR representatives will be on hand.

Please consider being a host, If you can’t, please help us find someone in your area that wants to.

You can  email us at UNAMeetYourNeighborsEvent@gmail.com

Organizers and hosts will have an orientation meeting prior to the event.  Invite your neighbors to Join Us!

Here’s a link to a PDF of the  Student Housing Survival Guide at UC Davis. Some elements that are worth reviewing for adoption here at UCR.

Here is verbatim what City Manager Scott Barber said at the July 9th City Council meeting:
City Council and staff have heard the concerns of residents in the University area and we have taken those concerns very seriously.
Key staff members from various city departments including the city manager’s office, city attorney’s office, code enforcement, police, fire, building, planning, public works, along with UCR and UNET representatives met here at City Hall on June 27th and they were provided very clear direction to enforce all regulations and to implement a “zero tolerance” policy when responding to student party calls.
Likewise UCR held an internal meeting on this topic on July 1st, and the Riverside Neighborhood Partnership formed a University task force which has met twice in the last week.
Together we are implementing an action plan to include enforcing existing laws with regards to noise, parties, property maintenance, trash cans and parking, educating property owners (and by property owners we mean residents, absentee owners and people who are applying for permits) on the existing laws and how to report a violation; educating students and absentee owners on Good Neighbor guidelines and the consequences of non-compliance; presenting modifications to the room rental ordinance to the Planning Commission for final recommendation to the City Council.
We have assigned a senior code enforcement officer to oversee all student housing related complaints and we are going to maintain a master database of calls to track problem properties for further action.
Code enforcement will patrol the neighborhood to look for violations, including working on weekends.
We have designated Gary Merk who is our Code Enforcement manager and Hilda Gonzalez from our Neighborhoods group as point staff members for contact by the residents. They can be contacted by calling the Community Development Department at 951-826-5371.
We thank the neighbors for bringing the current issues to our attention and we look forward to working with them.
Neighbors can act by calling 311 or using the 311 mobile app to report property maintenance and room rental violations, calling 911 to report criminal activity, including parties and noise violations, attending the UNA meeting which will take place this Thursday on July 11th at 6:30 p.m. at Crest Community Church to hear from staff about what we’ve done and the issue and also to provide us with input.
You could also attend the Planning Commission meeting on July 18th to learn more about the City’s Neighborhood Livability Program and to provide input on modifying the room rental ordinance.
We will be scheduling additional neighborhood meetings to stay on top of this issue, and we will insure that City staff remains focused on improving conditions for residents impacted by this issue.
Thank you.

Next Steps:  30  min
Resources for Sharing and Staying Connected

A judge has rejected the environmental impact report for a proposed Metrolink line from Riverside to Perris, telling the Riverside County Transportation Commission that it failed to address such issues as train wheel noise and pedestrian safety.

The decision is a significant setback for the $232.7 million project that would add 24 miles of track and four new stations from Riverside to Perris to the Metrolink system. Projections for the line say it would see about 4,000 boardings daily.

The commission can pursue design and planning activities, but cannot proceed with any construction, Superior Court Judge Sharon J. Waters said in a ruling made available Thursday, May 16.

“I was pleased with the judgment,” said Ray Johnson, an attorney for Friends of Riverside’s Hills, a nonprofit environmental group that filed the suit in August 2011. “I think it was the appropriate decision.”

The group’s lawsuit said the RCTC failed to follow the guidelines of the California Environmental Quality Act, which requires governmental agencies to disclose a project’s impact and work to reduce them.

An environmental impact report describes the impact a project will have. They often cost tens of thousands of dollars and take months to complete.

A release from the commission said the decision “indefinitely delays” the project.

John Standiford, the deputy executive director of RCTC, said the lawsuit abused the intent of the quality act.

“We are disappointed in the decision and frustrated about how CEQA is being misused to stop a project that is not only environmentally friendly but also provides a number of benefits, such as a quiet zone, sound walls and safety improvements at rail crossings,” Standiford said.

‘Be careful what you wish for because you just might get it.”

One organization that needs to pay heed to the old adage is the Friends of Riverside’s Hills.

Taking NIMBYism to an extreme, this “environmental” organization actually brought a lawsuit to stop a transit project that has been in the works for more than 10 years.

Metrolink, one of Southern California’s biggest success stories, has changed lives by offering an environmentally responsible option for long-term commuters, and a significant number of its riders come from Riverside and San Bernardino counties.

The Perris Valley Line, which would go from Riverside to Perris, would take cars off the freeway, eliminate millions of vehicle-miles traveled each year and create thousands of well-paying local construction jobs. Yet, it is now being threatened as a result of a May 14 court ruling ordering decertification of the project’s Environmental Impact Report.

The issues involve the number of truck trips needed to construct the project, noise, track lubrication, and impacts on those who illegally trespass along the rail right of way. The ruling also jeopardizes $75 million in federal funding and halts progress on a project twice approved by — you — the voters, who supported Measure A, the half-cent sales tax measure.

As our region moves toward encouraging public transit use and reducing harmful air quality emissions associated with vehicle traffic, the “Friends” group remains committed to stopping a 24-mile expansion of rail service that will serve job centers such as Hunter Park, the March Air Reserve Base and UC Riverside.

Nevermind that the train tracks have existed for more than a century and are home to much noisier and disruptive freight trains, the addition of six round-trip Metrolink trains led to unfortunate litigation.

If there is a legal victory for the Friends group, it won’t be shared by everyone. All of Southern California — and especially all of us in Riverside County — should question if anything was gained and how much more was lost. That’s because RCTC, through a multi-year and multimillion-dollar planning effort, made a good faith effort to address local concerns.

The Metrolink project provides schools along the rail tracks with sound walls, constructs new improvements at rail crossings to improve safety and adds attractive new rail stations at major employment centers, all of which will enhance what has been a long-neglected freight rail corridor.

Moreover, RCTC committed to funding quiet zones. In short, the addition of new train service improves the environment much more than it will impact it; a court victory against the project will be a much bigger loss for everyone.

Riverside County’s future will certainly be impacted because we need to establish an effective transit backbone that connects bus, rail and park and rides. The Friends group will argue its concerns can be met; however, much like Lucy pulling the ball away from Charlie Brown before he can kick the football, its demands change just as they are about to be met.

It’s time to ask the Friends about what their organization stands for, and where their litigation proceeds are spent. They have manipulated California environmental law to their advantage and the rest of the region will pay the price.

RCTC has been and remains willing to engage in negotiations for a reasonable settlement with the Friends of Riverside’s Hills. To date, we have been unsuccessful. The future of transit in Western Riverside County is at stake, and we stand ready to have a public and transparent discussion about ways we can move forward for the benefit of our entire community.

RCTC will be in Sacramento pursuing changes in the California Environmental Quality Act (CEQA) to protect worthwhile transit projects from spurious legal challenges. You can also count on us to appeal this court decision in order to prevent the negative precedent that would be set if this project cannot proceed.

Karen Spiegel, a member of the Corona City Council, is chair of the Riverside County Transportation Commission.

John Block’s “A Reality Check for Organic Food Dreamers” (op-ed, Dec. 24) incorrectly states that “organic farming cannot produce the amount of food that is demanded in today’s world,” and that it “stands in the way of progress.” While most studies show that certain organic crops, such as corn, would have slightly lower yields and lower total production than conventional crops, the studies also show organic farming can feed the world, and in developing countries organic methods would increase food production and self-sufficiency. 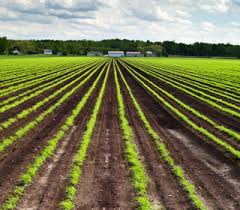 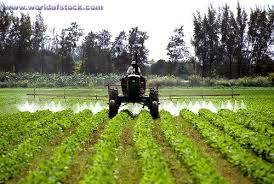 These findings strongly suggest that organic farming can reduce chemicals, increase yields per acre and simultaneously maintain profitability. In addition, organic farming could build healthy diversity into our diets and increase resilience and security in our nation’s food supply.

What Mr. Block states are the strengths of American agriculture—constantly improving equipment, technology and genetics—apply equally to organic farming where such advances also reduce dependence on petroleum-based chemical inputs. For this reason, the Agriculture Department invests more than $25 million annually in organic research benefiting both conventional and organic farming.

Much has changed about our knowledge of organic farming since the early 1980s when Mr. Block was secretary of agriculture. Organics is now a $30 billion-a-year industry representing the fastest growing sector of our agriculture.

(Mr. Maravell serves as a farmer representative on the Agriculture Department’s National Organic Standards Board and has farmed organically since 1979, raising grain, livestock and vegetables.)

A version of this article appeared January 8, 2013, on page A16 in the U.S. edition of The Wall Street Journal, with the headline: Organic Farms Can Feed the World.