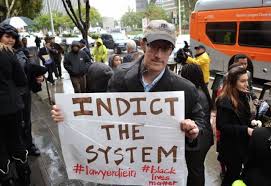 We are also familiar with the reasons the University Neighborhood Enhancement Team (UNET) can’t expand their service area into Canyon Crest, Sycamore Highlands and University Knolls. (Despite UNET’s efforts to cover the calls as best they can).

Because UNET is a hybrid UCR-RPD force, expansion requires more police from each department. UCR is budgeted for more officers than they currently have.

Every time we bring our ongoing behavioral issues to the police department, we’re told that the City is unable to provide more police. In fact, it was even suggested that we as neighbors set up a fund to finance adding an extra officer just to police our neighborhood.

Now we’re being told the City wants to hire 12 new attorneys instead of hiring 30 new police officers. Here’s your chance to say something about that.

The City is planning to put this on the June ballot with no further discussion. Every name that is added builds momentum around the campaign and makes it more likely for us to get the change we want to see.

So start collecting signatures. Share this with everyone. Let’s show them the folly of disregarding the residents and taxpayers.