Jan. 20–Jim and Carole Drake don’t know how long they will remain in their tidy bungalow in the Como neighborhood of southeast Minneapolis. But they do know to whom they’ll be selling when it’s time.

That’s because they are among the enrolees in an emerging effort to keep homes in neighborhoods around the University of Minnesota owned by the occupants — and not bought by landlords to be used as rental property. 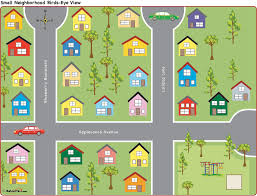 A university-community initiative mandated by 2006 legislation supporting the new campus stadium has produced a plethora of proposals to buffer the university’s effect on four surrounding neighborhoods. It is backed by $750,000 from the state. Included are a range of tools aimed at maintaining the dwindling ranks of homeowners, especially in Como and the adjacent Marcy-Holmes neighborhood.

For the Drakes, that means they’re among more than a dozen homeowners who have been granted an option to sell their house to Greater Metropolitan Housing Corporation, a nonprofit agency operating as agent for a neighborhood-university alliance.

For $2,000, GMHC purchases a 25-year option to buy a house at fair market value. If that offer isn’t acceptable, there is a process for seeking appraisals to set the price. GMHC rehabs the houses, if needed, and resells them to buyers who promise to live in the house.

Those buyers will have financial incentives to encourage them to sell, if they do, to other owner-occupants.

The new tools are a response to the conversion of at least 224 single-family homes to rentals in southeast Minneapolis since 2000, including 156 in Como alone.

The Drakes live in one of two eight-block beachheads in Como and Marcy-Holmes where the neighborhoods are making a stand to preserve owner-occupancy. Tools include the options to sell to GMHC and a right of first refusal in other cases.

“No one can afford to outbid the landlords,” said Jim Drake, succinctly explaining why community leaders are trying to lock in buyers willing to sell their homes in a way that keeps them owned by the occupants.

Neighbors like the Drakes can tell when a house converts to a rental. Usually, it sprouts a basement egress window so that the landlord legally can rent that space.

Longtime Como neighborhood activist Katie Fournier can remember in the 1980s when she first discovered the extent of rental conversions while doing political doorknocking. Such overstuffed places often would have a student living in the living room, with a curtain making the dining room another bedroom.

“Since 2000, it really appears to have accelerated. It’s really a product of a couple of things — neighbors losing patience with the upkeep by the landlord … and the thoughtless behavior of the tenants,” said Fournier, who is helping to implement the housing programs.

Another factor promoting rental conversions is the state’s relative homestead property tax provision, allowing parents who buy a house for a son or daughter who attends the university to avoid the higher taxes usually imposed on non-homestead rental property. Those students typically take in roommates as renters.

Fournier has such a house across the street that was purchased by a Wisconsin family. It has been well-managed so far, she said, but the problems often come once the student graduates and the parents sell the house to a landlord.

Only about a third of Como housing units are owner-occupied. In Marcy-Holmes, the city’s oldest neighborhood where homes are larger, owners live in only 12 percent of units.

The alliance’s work on housing issues also includes marketing neighborhoods bordering the campus to university workers and other nearby employers. That comes with homebuyer incentives. Fifteen loans of up to $10,000, forgivable if the new owner stays five years, are available to those who buy in four neighborhoods around the campus. They are split between campus employees and other buyers.

Among other work going on under the university-community alliance is student liaisons who reach out to student tenants about how to be good neighbors, a city moratorium on demolition and construction of one- to four-unit buildings while zoning and regulatory tools are reviewed, and master planning for the area.

The Drakes, she is 67 and he is 71, moved to the university area while he was still a student and bought their home in 1973. The neighborhood has more modest housing than some other areas around campus, and had a broader socioeconomic mix because of nearby industrial areas, according to the Center for Urban and Regional Affairs.

They stayed in the area because their two children thrived in one of the multiple alternative learning styles then offered in Southeast’s public schools, eventually becoming National Merit Scholars. They’ve added a screened porch and solar panels to their house in recent years.

They even opened their home to a group of neighbors for a discussion about the option program, and signed up themselves. Said Jim Drake: “It’s straightforward, and it seems pretty fair.”

For more information on cooperative efforts between the University of Minnesota and surrounding neighborhoods, go to: https://www.myu.umn.edu/metadot/index.pl?id=3856578