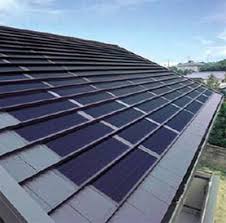 Starting in January, Riverside residents and businesses with solar panels can get paid for their extra power if they produce more than they use.

A state law that became effective this year requires utilities to set a rate and at the end of 2011, customers who qualify can get money back.

The proposed rate is about 6 cents per kilowatt hour. That’s an averaged cost of what the city utility pays for all sources of renewable energy, said utilities General Manager David Wright.

The city now has nearly 200 customers with solar panels, and about 30 of them are likely to generate more power than they use in a year, according to a city report. Paying those customers for an estimated 114,000 kilowatt hours of excess power would cost about $6,600.

Wright said he expects the number of solar generating customers to double or even triple in the next two years, but that likely won’t mean big payouts for the utility because most home or small business solar systems don’t generate more power than the customer uses.

If that’s true, then the city has every reason to encourage more home solar. For every additional kilowatt hour of solar generated power, we’d still have what we currently generate. All that extra capacity should be good for attracting the kinds ofÂ  businesses we want to locate here, ones that actually make something rather than store stuff from other communities to ship to still other communities.

According to REAP, Renewable Energy Accountability Project, 62% of Riverside’s electricity is generated by coal fired power plants.Â  Whether it’s gushing oil in the Gulf of Mexico or air polluting dirty coal, we’re going to have to do better a lot sooner than we think.

Congratulations to the City of Riverside for taking the next step of paying residents for the value of their contribution to a green economy. Every dollar we keep in the local economy, whether it comes from savings or from investing in local opportunities gets circulated. That’s good for everyone including the planet and for the city of our dreams.