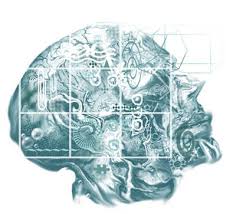 The City of Riverside has earned a distinction that only five other communities in the United States received.

Mayor of Riverside and Chair of Smart Riversideâ€™s Board of Directors Ron Loveridge celebrated this extraordinary accomplishment saying, â€œThe Smart21 designation is a significant honor recognizing that Riverside is a world leader in innovation and municipal technologies.â€

The Smart21 Communities Award specifically cited Mayor Loveridgeâ€™s focus and leadership on technology initiatives which has produced a plan for tech-based transformation. Other achievements contributing to the award include partnerships with the City and universities to develop tech parks, incubators, business accelerations and mentoring programs; fiber and wireless networks reaching 80 percent of the City, and innovative programs that connect citizens with technology.

In case you missed it, The Press-Enterprise reports on the story:

City named one of 21 smartest in world

Riverside has been named one of 21 cities worldwide to receive the Smart21 Communities award.

The think tank seeks to share the best practices of communities in adapting to a broadband economy. For more information, go to www.intelligentcommunity.org