Frustrated with the high cost of health care, a number of communities around the country are taking new steps to push citizens to improve their health. A review of what some cities are doing about it was recently published in the Wall Street Journal.

Some places have set 10-year goals to reach certain marks of good health. In San Francisco, for example, 79% of small children currently are fully immunized by the time they turn 2 years old; the county aims to increase that to 90% by 2020. Other places, like Kern County, Calif., which has one of the highest rates of obesity and heart disease in the state, are setting up farmers’ markets and constructing new trails and sidewalks to foster healthier lifestyles. 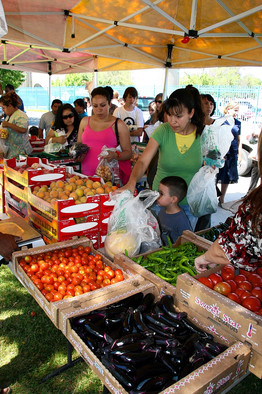 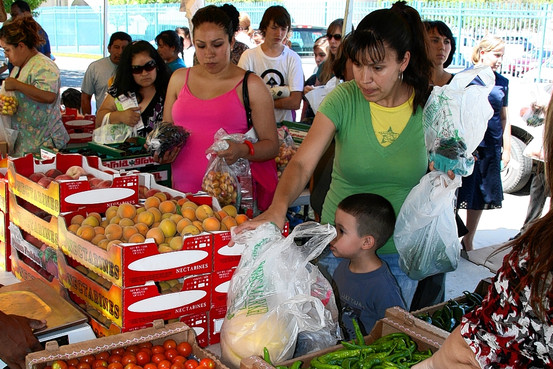 Helping to encourage the local initiatives are the federal Centers for Disease Control and private health-advocacy groups. They are using the Web and social-networking strategies to raise awareness of local barriers to health, from immunization rates to environmental health hazards. Studies have shown that more than 50% of the determinants of health across a population are related to lifestyle and the environment. As part of the effort, the U.S. government last month issued the Healthy People 2020 goals (healthypeople.gov), setting targets for health indicators that many local communities are expected to adopt.

“Decisions made at the local level to address lifestyle and the environment have the potential to create dramatic change in individual as well as community health status,” says Deryk Van Brunt, president of the Healthy Communities Institute, an organization developed by researchers at the University of California, Berkeley and Harvard University. Once communities are aware of existing barriers, he says, “they can take concrete action to build a healthier environment.”

Of course, programs aimed at making people healthier have been tried and failed before, as evidenced by the rise in obesity and chronic disease nationwide. The U.S. government currently has recommendations for amounts of physical exercise, but only about 20% of the population is estimated to follow these.

“It took us decades to get into this position of decreased activity and increased obesity and it may take us decades to get out,” says Matt Constantine, public health director for Kern County, Calif. “But if we can try some of these practices that work on a smaller scale in the community, we can become thinner and healthier over time.”

The Healthy Communities Institute tracks more than 100 health and quality-of-life indicators in various counties and regions. It creates websites in partnership with local groups that compare a community’s current health status with targeted levels.

In San Francisco, for example, the website Healthmattersinsf.org offers regular updates on issues such as sexually transmitted diseases and hospital admissions for pediatric asthma. Residents can find health statistics specific to their own neighborhood, such as the hospitalization rate for vaccine-preventable pneumonia and flu by zip code, or track a trend meaningful to their own immediate health concerns, such as city air quality.

The CDC is working with local jurisdictions on its own Healthy Communities program (not related to the Healthy Communities Institute) to provide funding for various projects. Among these: a program in Pinellas County, Fla., led to a policy requiring after-school programs to provide children with at least 30 minutes of physical activity five days a week. And in Birmingham, Ala., the CDC is working with city planners to convert streets to accommodate all users including pedestrians and cyclists.

Last year, the CDC launched the National Environmental Public Health Tracking Network (ephtracking.cdc.gov) that offers data on how the environment affects health. It is working with about two dozen states and cities to build local tracking networks for data on chemicals, hazardous substances, and disease risks.

In New York City, the health department worked with the CDC to create its own interactive tracking network that lets users access a wide range of data. A “Rat Portal” on the site allows residents to check on rat-inspection findings for every neighborhood and property in the city. Dan Kass, deputy commissioner for environmental health, says the program has allowed the city to respond more quickly to community complaints about rats.

Another New York project, aimed at monitoring air quality, showed that the city’s affluent Upper East Side has worse air quality than some lower-income areas due to the type of fuel burned in its high-rise buildings, Mr. Kass says.

“People might think air quality is something they can manage with a filter in their home, but it is really determined by broad policies,” says Mr. Kass. “To have true control over your health is not just about what you can do as an individual but what is being done at the community level.” 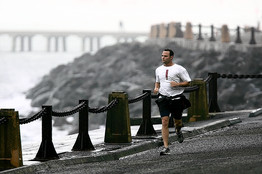 Getty ImagesAn estimated 26.3% of San Francisco’s adults engage in moderate physical activity. The county would like to boost that number to 30%. 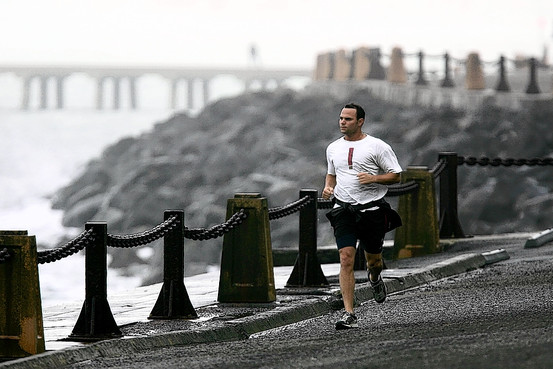 CDC data also has led to some environmental investigations. Sam LeFevre, manager of Utah’s environmental epidemiology program, says the CDC tracking network includes technology that makes it possible to quickly map and analyze disease trends and respond to public health concerns. During 2010, the state conducted 19 investigations using the network, mainly to analyze clusters of high cancer rates in areas surrounding five oil-refining facilities. The study didn’t suggest any evidence of increased relative risk of leukemia, multiple myeloma, or Hodgkin’s lymphoma in the populations, Mr. LeFevre says. But it did reveal an excess risk of non-Hodgkin’s lymphoma at one site. The study concluded that further investigation is needed to identify what specific disease subtype is occurring and whether environmental or occupational exposures have contributed to risk.

Utah also is using the CDC network to look at specific changes in risk for heart disease or birth defects due to air pollution, Mr. LeFevre says. The findings are expected to help policy makers “better assess the true costs or benefits of decisions they are making regarding the environment or health,” he says.

Some programs are aiming to copy what has worked to encourage healthier living in communities around the world. The Beach Cities Health District, near Los Angeles, last month began a pilot program based on an apparently successful prototype that improved health status of residents in Albert Lea, Minn. The district, which includes the municipalities of Hermosa Beach, Redondo Beach and Manhattan Beach, aims to help residents lead more active, healthier lifestyles and for the community to meet the federal Healthy People 2020 goals, says Lisa Santora, the district’s chief medical officer.

The district plans to invest $1.8 million in the program over the next three years, and Healthways Inc., a company that works with health-coverage plans and employers on health-and-wellness programs, will contribute $3.5 million in funds and services. The program, known as the Healthways/Blue Zones Vitality City initiative, includes creating more safe, accessible walking paths and encouraging families to team up in “walking school buses” rather than driving kids to school. Employers will have access to Healthways’ health-risk-assessment tools and online smoking-cessation programs.

“We can’t just tell people to lose weight and stop smoking and be more active if we aren’t supporting healthy living,” says Dr. Santora. “We have to be innovative and look at the evidence of how to create healthier communities.” 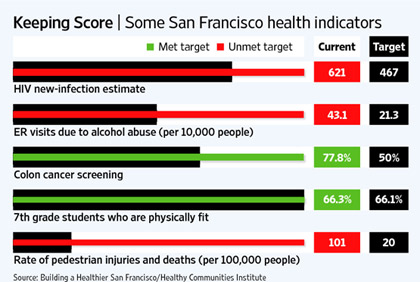