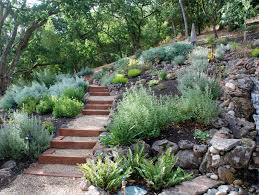 21 million  Square feet of turf removed through the Metropolitan Water District of Southern California’s rebate program, which began in 2008.

56,700  Single-family homes that can live on the saved water for a year.

$13.8 million  The amount of rebates paid to MWDSC residents through the turf-removal program. 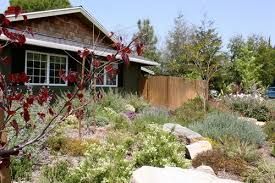 Beckie Brown hated wasting water to keep the grass green and despised paying a gardener to mow and blow.

Today, she sees nothing but native shrubs in her yard – courtesy of water district rebates.

“It just was ridiculous to me that the norm is for people to have green lawns when we live in a desert,” she said.

Brown is part of a growing number of homeowners across Southern California who are tearing out grass to battle one of the worst dry spells in history – and seeing savings.

Water agencies are offering rebates to customers who remove their lawns and install drought-tolerant plants or artificial turf. In May, the wholesaler Metropolitan Water District doubled its turf removal rebate to $2 per square foot for its 26 member agencies, which deliver water to nearly 19 million people in Southern California.

“We just had people coming out of the woodwork,” said Tim Barr, water use efficiency manager for the Western Municipal Water District in Riverside, which buys water from Metropolitan.

In July alone, Western fielded rebate requests for almost 200,000 square feet of turf removed in its district and other incentive programs it manages for the Jurupa Community Services District and Elsinore Valley and Rancho California water districts, he said.

Since March, requests to Western have totaled 500,000 square feet. That will save about 25 million gallons of water per year, enough to meet the indoor water demand for 300 families of four for a year, Barr said.

Highland resident Molly Bogh ripped out all the grass from her 10,000-square-foot lot in 2008, long before turf rebates became popular. Bogh said she saw the move as a way to protect a precious resource. 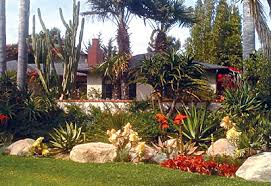 “Our own yards, that’s one place where we as individual citizens can make a difference,” said Bogh, author of “Life After Lawns: 8 Steps From Grass to a Waterwise Garden.”

Even more homeowners are expected to convert as turf rebates grow.

On Wednesday, Western’s board is expected to approve Barr’s proposal to boost commercial turf removal rebates from $2 to $5 per square foot. The district is going after an estimated 100,000 square feet of grass in city medians and common areas of apartments and homeowners associations.

“Those are areas where there’s high visibility, high water use and little pedestrian traffic. People don’t play in the street median, so the only time it’s visited is to mow it,” he said. “We want a call to action and we want it now.”

Barr said he doesn’t know of any other districts with such a high rebate for commercial landscapes. The money comes from the “efficiency penalty” paid for excessive water use under the district’s tiered rate system.

Drought-tolerant landscaping had gradually gained popularity in the past few years, but the demand has skyrocketed since Gov. Jerry Brown declared a drought emergency in January, water officials said.

In an average year, Inland Southern California gets 10 to 12 inches of rain, but in the last few years it’s been about half that. To stay green, lawns need more than 48 inches of water a year, Barr said.

Some Southern California water agencies offer additional incentives on top of Metropolitan’s $2-per-square-foot rebate. For example, Los Angeles residents get $3 per square foot. In September, Western’s board will also consider kicking in an extra dollar to take its rebate to $3.

“All the phone calls I’m getting now are from people who want to take out their lawns – almost 100 percent,” said Francesca Corra, president of the Association of Professional Landscape Designers’ Greater Los Angeles Chapter and owner of a Los Angeles landscape design business.

The rebates may not be enough to cover the labor, equipment and plant costs for the makeover – about $7 to $13 per square foot – but residents enjoy lasting savings on their water bills, said Nathan Adams, water efficiency administrator for the Santa Margarita Water District.

Drought-tolerant landscaping consumes about 40 percent less water in coastal communities and 50 percent less inland. Water providers have begun targeting outdoor irrigation because it makes up more than half of residential use.

In Mira Loma, Anheuser-Busch replaced 250,000 square feet of turf at its can production plant with rock, mulch and native plants, and added drip irrigation and weather-based irrigation controllers. In addition to saving more than 15 million gallons of water per year, the company scored a $250,000 rebate, plant manager Randy Burch said. 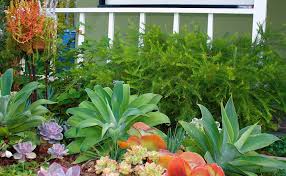 Drought-tolerant landscaping has other benefits over grass turf.

Landscape designers say drought-tolerant plants attract wildlife and give a distinct look that stands out among green lawns.

Mike Evans, owner of Tree of Life Nursery in San Juan Capistrano, said people have a misconception that drought-tolerant plants will make their gardens look dry, mostly because of what they see on the local hills.

“They have to be shown that, choosing the right plants and taking care of them properly, the garden will look beautiful year-round,” Evans said.

A new Los Angeles company is offering free turf removal and drought-tolerant landscaping in exchange for rights to all available rebates.

Turf Terminators has received more than 1,000 inquiries since May, said Andrew Farrell, head of business development. The key is to take on as many projects as possible, Farrell said, so that the company can buy bulk materials at discounted prices.

A company crew removes turf, covers the ground with either mulch or decorative rocks and installs prepackaged styles of California-friendly plants and drip irrigation.

“We did pick the right time to enter the market,” Farrell said.