From Shelterforce, the journal of affordable housing and community building

Living in the Buffer

Preventing the development of new affordable housing in close proximity to freeways isn’t a just solution to the health effects of LA’s air pollution. By Jan Breidenbach and Jesus Herrera

Possible solutions for cutting down on pollution involve rerouting goods traffic away from residential areas. (Photo by Jan Breidenbach )

Boyle Heights is a predominantly Latino neighborhood east of downtown Los Angeles, presenting organizers with similar challenges as other older, minority and low-income communities—meeting the need for affordable housing, better jobs, and quality of life, revitalizing an older community while keeping a sharp eye out for potential gentrification. It is also a neighborhood where community development organizers face a new challenge: integrating both economic and environmental justice when the resolution of an injustice in one arena can possibly exacerbate injustice in the other.

Five major freeways barreled through Boyle Heights over a period of two decades, slicing and dicing it so that people and goods could move more easily in and out of downtown and back and forth between the nearby industrial areas. The freeway structures dominate the physical space of the community; even more importantly, the residue from their traffic creates a toxic soup that fouls the air and makes people sick. Policymakers are becoming more attuned to these environmental concerns, but economic justice—specifically the need for more affordable housing—is paying the price.

Where We Live, What We Breathe

In 2008, the Los Angeles County Community Development Commission announced it would no longer invest its redevelopment housing funds in projects within a 500-foot “buffer” zone of any freeway. Given the way funding works, this decision meant this land was now effectively off-limits for affordable housing—even for quality construction with pollution mitigation. Market-rate housing, which doesn’t require city funding, was not affected. 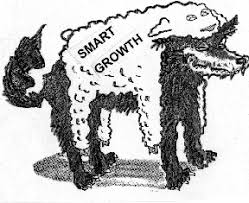 This makes no sense, says Maria Cabildo, director of East LA Community Corporation (ELACC), a CDC that has worked in the community for over 15 years. “This is a poor neighborhood with a lot of substandard housing. Quality affordable housing that has been mitigated for air pollution could present a much better option than lower-quality market housing outside the buffer.” Cabildo is concerned that more limitations on available land in a city both already built-out and focused on higher-density, transit-oriented development (TOD) will drive up prices and limit affordable housing everywhere, not just in the buffer.

Linda Wheaton, assistant director of intergovernmental affairs at California’s Dept. of Housing and Community Development, agrees: “There is a danger down this road that low-income people will suffer the most. There are more of them in buffer to begin with, often living in low-quality, unmitigated housing. Higher quality, mitigated housing will only be available to those who can afford market rent.”

To be clear, neither is questioning the science that underpins the decision. In the 1990s, researchers from the University of Southern California started testing the lung development of children living at varying distances from major roadways in eight Southern California communities. The results are not pretty. Residential proximity to high-volume traffic is associated with increased risk of low birth weight and higher rates of asthma, respiratory problems, and cancers. Importantly, while traffic pollution includes a range of gases and vapors, one of the most damaging contaminants is “particulate matter” or PM, an ultrafine dust created by the wear and tear of brakes and tires. PM easily enters pulmonary air sacs and, from there, moves into the blood stream. The long-term challenge is that, while great strides are being made in emissions reduction, even all-electric vehicles ride on rubber tires and brake in traffic.

Most—but not all—of the studies made another important finding that drives the land use policy responses: concentrations of traffic-related pollutants diminish dramatically with distance from the road. There is general agreement that severe health risk is reduced by over 60 percent at about 300 feet and by 80 percent at just under 1,000 feet. Splitting the difference, in 2003, the state legislature approved a statute banning future school construction within a 500-foot buffer of any freeway or major roadway. Since then, the majority of land use recommendations have proposed limiting “sensitive” land uses—child care and senior facilities, schools, and housing—in this same buffer.

LA County’s 2008 decision is now basically moot—its redevelopment funds are being taken back by the State of California to help in its fiscal crisis, so it has enough for only one or two more projects. The issue, however, is not going away. This past year the LA County Dept. of Public Health proposed language essentially banning all future housing in the 500-foot buffer and requiring mitigation for projects within a 1,500-foot buffer, as part of the county’s updated General Plan. The Dept. of Regional Planning ultimately rejected this, opting for language that encourages mitigation for land uses in “proximity” to a freeway as opposed to a specific distance. According to regional planner Connie Chung, that choice was made not out of lack of concern for the air quality, but out of concern over the legal and policy complications of denying long-term land use and the desire to move toward mitigation.

Community activists in Boyle Heights and elsewhere raise legitimate concerns about a strict land use approach to the problem, arguing that it places them between an economic justice rock and an environmental justice hard place. They are very aware that their community endures greater traffic pollution than more affluent, white neighborhoods, up to two times as much. While this is not a surprise, given that many major freeways tore through low-income communities to avoid disrupting wealthier ones, ELACC community organizer Jorge Villanueva argues for a deeper analysis and more comprehensive approach. “Our office is a converted residence and it’s in the buffer. Our neighbors live here. We want to get to the root cause of all the pollution and do something about it.” ELACC’s neighbors are not alone. Of L.A. County’s 88 cities, 68 have at least one freeway inside city limits. According to Chung’s office there are over 650,000 people presently living within the 500-foot buffer to freeways. Bans on future development do not help them. 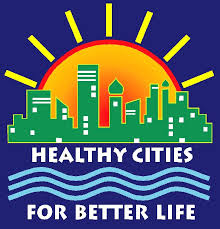 Working with public health researchers at both University of Southern California and UCLA and in coalition with other east-side community groups, ELACC organizers are training their staff and members to do air monitoring—in the buffer, on their commercial streets, and in their homes. They understand that it is not only the freeways that are making them sick, but also the cumulative effect of freeways, street traffic (including goods movement), and industrial pollution.

When it comes to toxic air, University of California–Irvine assistant professor Douglas Houston points out that “building standards and site design could potentially be improved to help mitigate air pollution impacts.” Approaches could include filtration, building orientation, vegetation, and sound walls, and, as Villanueva suggests, even rerouting goods movement traffic.

The injustice that planned and built freeways without regard for neighbors and neighborhoods has burdened us with major economic and environmental consequences. Our responses need to be thoughtful and aware of potential unintended consequences, for it is now abundantly clear that our land-use goals may be in conflict with our health goals and, indeed our health. Smart growth, new urbanism, and infill development are land use tools proposed as ways to revitalize cities, promote development, and reduce greenhouse gas emissions. Land use as climate change mitigation is moving forward at breakneck (for land use!) speed in California. In the city of Los Angeles, 80 percent of all future development will be channeled into transit areas. There are already serious concerns about displacement and gentrification in TOD; the issue of the buffer adds to these when we realize that a number of proposed transit lines are adjacent to (or even in the middle of) freeways.

Few of us would choose a freeway as our closest neighbor, but there are many reasons we live where we do. Income and racial discrimination have confined much low-cost housing to areas with the most pollution and placed it near noxious and dangerous uses. When it comes to housing and roadways, community development activists and organizers have the opportunity—and responsibility—to combine our struggles around land use and air pollution into struggles for economic and environmental justice. As Cabildo says, “We didn’t go to the freeways, the freeways came to us.” They are in our neighborhoods; now we have to fight to stay healthy in spite of them.

Jan Breidenbach is a long-time housing advocate and teaches housing policy at the University of Southern California. Jesus Herrera is a graduate student in Planning at USC.